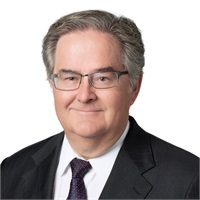 Jeff began his career in Financial Planning by joining Waddell & Reed in 1980 until recent conversion to LPL Financial.In the past he ran a tax preparation business and was an instructor in the Financial Planning Certificate Program for The University of California Extension. Jeff managed a Division office for Waddell & Reed in Riverside California from 1982-1993 and moved to the Carson Valley in 1994.

Jeff and the team will be transitioning to LPL Financial in July 2021 as a result of LPL acquiring Waddell & Reed.

Jeff graduated from Brigham Young University (BYU) in 1981 with a major in Finance. In 1985 he received his CERTIFIED FINANCIAL PLANNER™ certification and in 1995 completed a Master of Science degree from the College of Financial Planning in Denver.

Jeff is active in his church. He served a mission for his church in Montevideo Uruguay from 1976 to 1978. He is a past President of the Nevada Area Council Boy Scouts of America.  In the past he has served the Hispanic community and a Prison Ministry for his church.  He has many interests including gardening, horses, aviation, skiing, and many outdoor activities. He plays the piano and guitar and sings in the church choir. Jeff is a private pilot.  Jeff is married to Marla. They have four children and seven  grandchildren.

In his financial planning practice, Jeff has worked with many different kinds of clients. He helps small business owners set up a retirement plan and newly retired individuals set up a plan for their retirement. He has worked on complex estates, but finds great satisfaction in helping a person new to planning and investing get a start on their own plan.